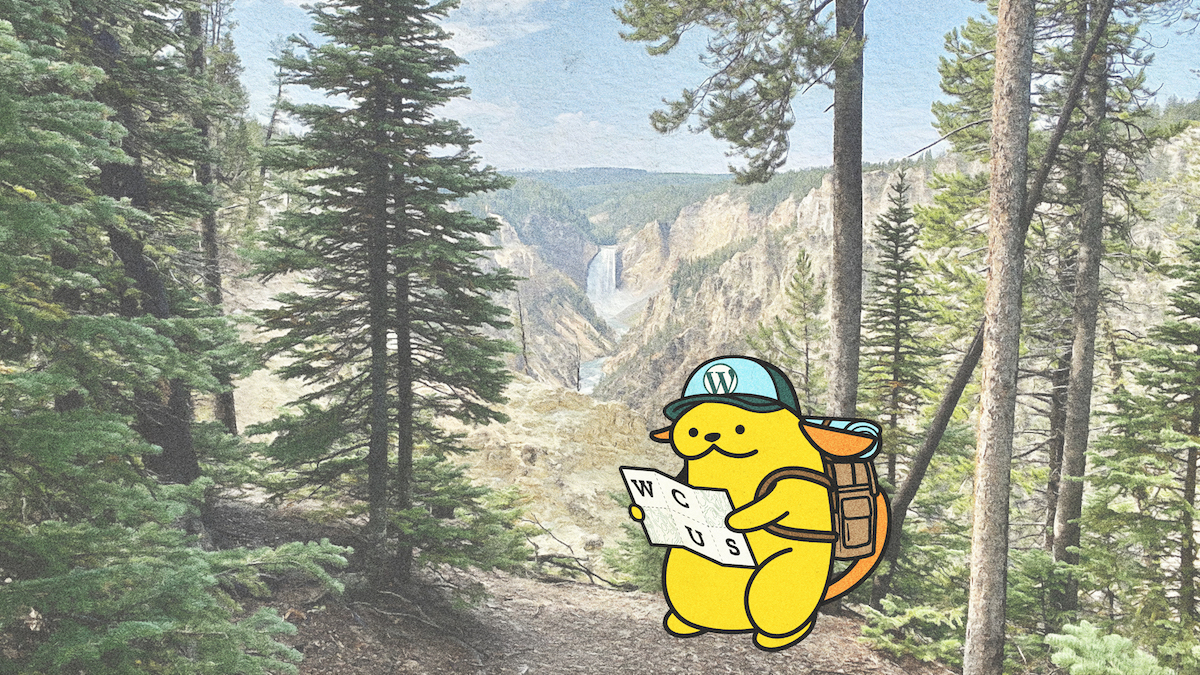 WordCamp US took place online last Friday. Organizers pulled off a successful one-day event with an engaging group of speakers who highlighted timely and important topics. There were 3,608 people registered for the event and the livestream had as many as 400 concurrent viewers at a time.

“Online events are notoriously difficult to get attendee stats for, particularly an event like WCUS 2021 where the audience is global and spans so many time zones,” WCUS organizer Cate DeRosia said. “Many people will watch what they can and catch the rest in their own time.

“We really love this as it makes for not only a more accessible event, but a more educational experience as it’s so easy to rewatch a session as many times as an individual needs.”

When asked on Twitter why the event’s organizers didn’t opt to use a more interactive event platform like Hopin or Veertly, organizer Jen Swisher said some of the platforms they looked into had accessibility issues or prohibitive costs.

As part of the leadership trio for WCUS, Swisher said the team had three issues they focused on when choosing a virtual venue: cost, accessibility, and time for implementation.

“We had a $30K budget,” Swisher said. “To use one of these platforms would have doubled it minimum. There was also a strong chance we would have faced additional costs from our production company for our resources through them to learn this new platform and connect it with their equipment.

“This would have resulted in additional time and resources spent on fundraising or increasing the costs of our sponsor packages. This would have forced the volunteers on the sponsors team to do twice as much work to get the sponsorship necessary to fund other platforms.”

Even with the simple setup of two YouTube livestreams, organizers provided a high energy, welcoming reception to attendees. They managed to bring some levity during these challenging times apart from one another. Swisher highlighted a few deliberate choices organizers made to give this year’s event a more lightweight feeling:

“We didn’t try to replicate the in person experience,” she said. “Making the choice to actively recognize that this isn’t like in person events in any way gave everyone permission to think about this event differently. By throwing out ‘the book,’ and starting from scratch, we were able to really ‘dream’ for the event, instead of what it could have been.”

Instead of planning a big multi-day event, organizers opted for a single day focusing on a smaller subset of topics. They also selected chat moderators and emcees that would bring enthusiasm to the event and gave them the autonomy to make decisions on the fly.

“The team agreed that a big event with multiple days and large numbers of tracks would be exhausting to plan and exhausting for attendees to sit through,” Swisher said.

After WordCamp US 2020 was cancelled due to pandemic stress and online event fatigue, the organizing team needed to make some changes to avoid the pitfalls of the previous year. Organizers were drained, spread thin, and frustrated by delayed tasks and external stressors. The WCUS 2021 team turned this around to make it a more healthy culture for volunteers.

“We fostered an atmosphere where stepping back to take care of yourself was strongly encouraged,” Swisher said. “This resulted in a team of folks that was well rested and able to handle the extra responsibility that comes with planning a WordCamp.”

“We gave the teams the autonomy necessary to get their work done. Decision making was done democratically, but decisions that didn’t impact the whole team didn’t involve the whole team, making it possible to move more agilely.”

The speaker selection was outstanding this year and the recorded sessions will soon be available on WordPress.tv after the production team finishes uploading them. In the meantime, if you are eager to watch or re-watch sessions now, one attendee, Marcus Burnette, has published a post with direct links to session recordings from the livestream.