WooCommerce is moving closer to closing the gap on its full-site editing support with the latest features announced on the Q1/Q2 roadmap. While the e-commerce platform already has support for nearly two-dozen core blocks, it’s not yet possible to use full-site editing for customizing every aspect of a store.

The concept of “Store Editing” is still in the early stages with active development happening in the WooCommerce Blocks repository. Currently, WooCommerce stores are fully functional with block themes with the help of a classic template block. 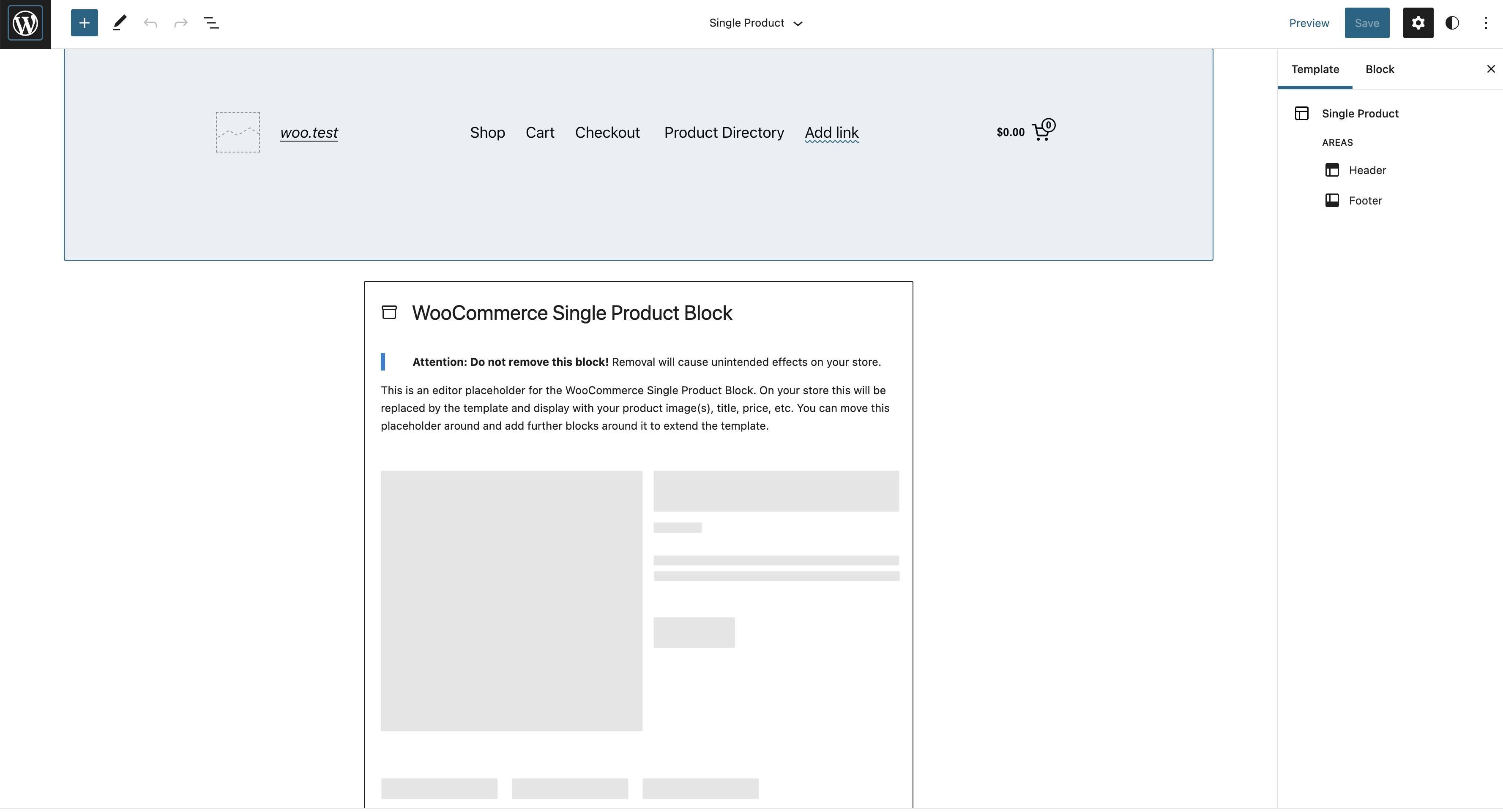 More missing pieces from the Store Editing concept will be sliding into place soon with the introduction of the Mini Cart block, a cart button usually found in the header that shows a quick preview of its contents. The Mini Cart block is already available in the WooCommerce Blocks plugin and is anticipated to land in the May release of WooCommerce core. The team is also currently working on adding global styles support to its existing library of blocks.

Two new blocks are next on the roadmap – a Product Search Block and a Dynamic “My Account” link block. As major Gutenberg improvements for templates and menus are introduced in WordPress 6.0, WooCommerce developers will ensure Store Editing has compatibility.

Further ahead on the roadmap, WooCommerce developers have committed to “blockifying” the Single Product Template, transforming every aspect of the template to be powered by blocks. Ethier shared an early mockup of how that might look.

The ability to manipulate every part of a product listing, without touching any code, is something that was unimaginable before blocks. It is the culmination of everything promised by the block paradigm in the early days of the Gutenberg project.

A blockified single product template will empower store owners who might otherwise have had to hire a developer to make these kinds of changes to templates. Making customization more accessible is the reasoning behind the concept of Store Editing.

“The primary consumer of everything we build in this new Store Editing environment is the merchant,” Ethier said. “The end result is that merchants should have more ability than ever to be able to completely customize their store themselves even if they don’t know any code.“

WooCommerce did not set a timeline for when the single product template will be fully powered by blocks but the plan is to update all of the plugin’s templates in the same way.

The move towards Store Editing will also have cascading effects on the developers ecosystem. Ethier anticipates it will create more opportunities for those who develop store customization products using blocks.

“Instead of the ecosystem having to reproduce various user interfaces and experiences in the solutions they build, they will be able to tap into a common set of APIs and components to create those solutions,” Ethier said. “This in turn will lead to a more consistent and powerful interface for the consumers of their extensions and themes and give more time back to the extension and theme developers to iterate on the unique logic/design of their solutions. There will also be potential for new emerging marketplaces that offer blocks, block patterns, and template part variations as improved ways for stores to be customized.”