Wix has launched a negative advertising campaign targeting WordPress, following a bizarre marketing stunt where the company shipped out Bose headphones to influential WordPress community members. Recipients were puzzled, because it appeared the company was wasting its marketing budget on people who were not likely to be swayed by the campaign. Wix seems oblivious to the negative responses to its headphones marketing ploy.

Like, these are nice headphones, but I want to know if there is a proprietary CMS that is willing to pay to replace the outdoor condenser thing for my A/C within the next 12 months or not before making my decision.— Josh Pollock (@Josh412) April 6, 2021

Subsequent advertisements in this new “You Deserve Better” campaign are markedly more negative than the launch video sent to recipients of the headphones, packed with tasteless and tired motifs. 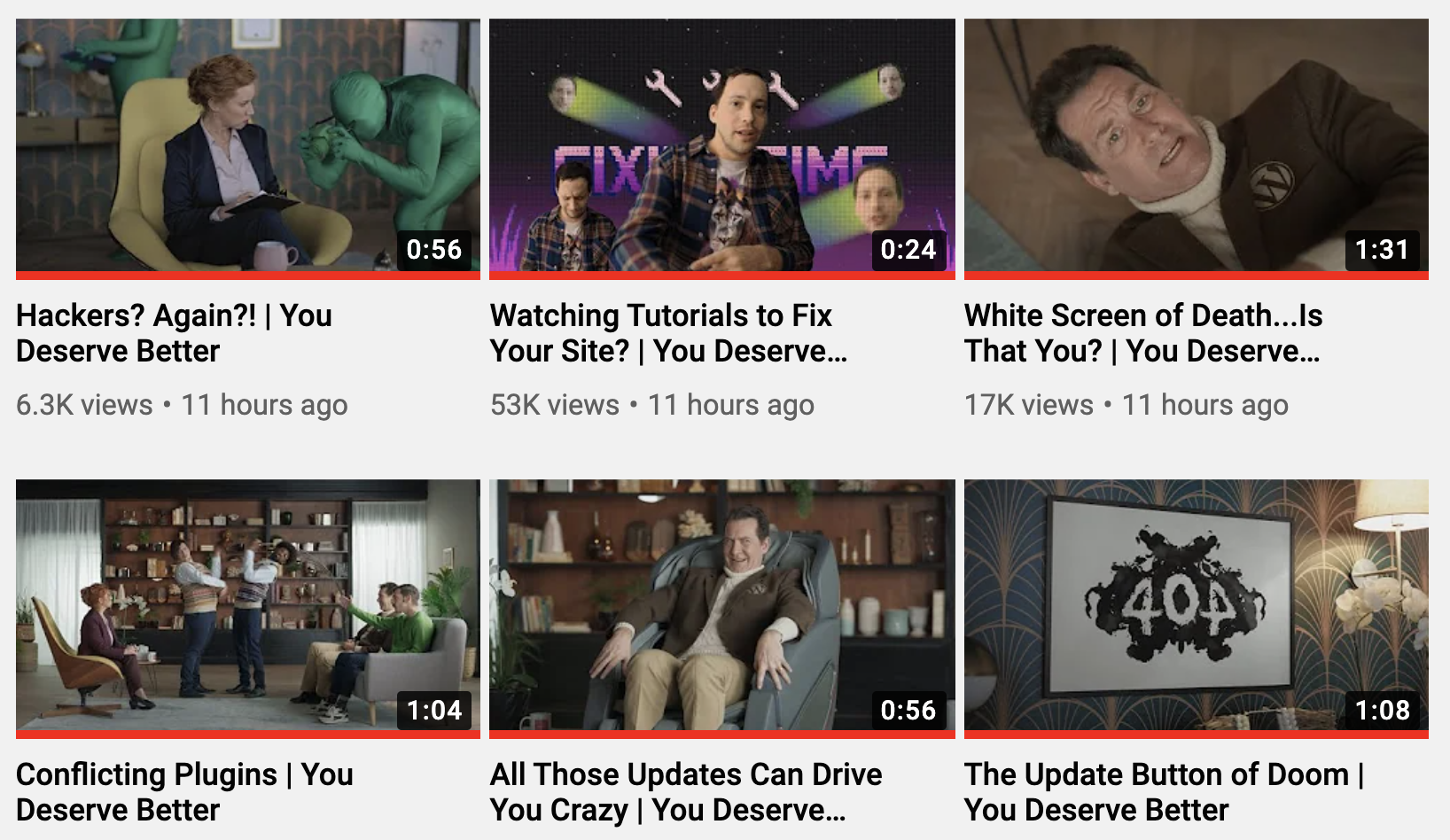 Wix representative Maya Gril said the campaign is part of the company’s “initiative to connect with an audience that doesn’t think or know that Wix applies to their needs.”

When asked what message they are intending to send with the videos, Gril likened using WordPress to being stuck in a bad relationship.

“The campaign shows in a clever way that WordPress users don’t need to be stuck in a bad relationship with their platform and they should consider the alternative which allows them to focus on their actual work,” Gril said. “Each video in the campaign revolves around user pain points, which also highlight Wix’s strengths.”

Morten Rand-Hendriksen, who received a pair of the headphones, characterized the campaign as “nuclear troll-marketing.” Instead of emphasizing any new, innovative features of the Wix platform, the ads come across as short, petulant narratives with no clear objective.

“I guess they’re trying to provoke us into responding?” WordPress co-founder Matt Mullenweg tweeted in response to discussion on the campaign. “I agree it comes off as creepy and misleading to impersonate ‘WordPress’ this way.

“I can’t tell if trying to get a cease and desist letter is part of their strategy to try and drum up press. Unethical, tacky behavior from an unethical, tacky company. Good reminder: I really appreciate the integrity, principles, and ethics of WordPress ecosystem companies.”

Wix’s new video ads seem more geared at professional developers with references that are likely outside of regular users’ experience with the software. The company may have failed to attract professionals in the past, which might explain why it opted to send thousands of dollars worth of headphones to influential WordPress users who fall within that demographic.

In 2019, Wix began shifting its marketing budget away from TV advertisements and added products that targeted agencies, developers, and designers. The company spent $55 million in marketing in the first quarter of 2019, according to reports shared with Digiday. Wix became more active on LinkedIn and Twitter in pursuit of professionals who would bring more customers to its platform.

“We want to make it clear that we have everything a professional needs,” Maya Gril said. “Our product is mature and constantly evolving. We’re broadening our target audience and we want all new, existing and prospective users to know that Wix is the ultimate web creation platform to help them create, manage and grow online.”

Unfortunately, Wix is lacking one very important feature for catering to “professional needs” – data portability. When asked for his thoughts on the campaign, Mullenweg added that Wix is the only CMS in the world that doesn’t allow export – even Facebook does. The Wix support center states: Your Wix site and all of its content is hosted exclusively on Wix’s servers, and cannot be exported elsewhere.

Having content that is locked in and cannot be easily exported to other platforms or hosts does not appeal to professionals. No amount of extravagant spending on marketing stunts will convince developers to bring their customers to a proprietary CMS that also locks in your content.

This is why their marketing doesn’t appeal to the group of people who received the headphones. Many of them build WordPress as long-time contributors or run WordPress product businesses.

Wix fundamentally misunderstands why people use WordPress and what makes them stay. It’s for reasons not found in their overly simplified list of differentiators played out in the new video ads. The desperate marketing tactics, which are geared more towards developers and power users, serve only to reinforce the platform’s underdog status and lack of market awareness.