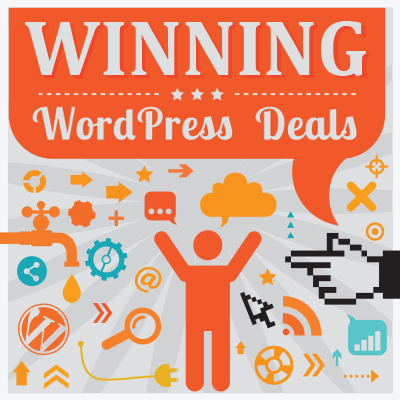 Searching for a DreamHost alternative to host your WordPress site?

DreamHost are a solid host for the money, but you can find better options when it comes to performance, features, and other key considerations (such as cPanel access and useful features).

Here’s everything that I’m going to cover:

If you’re in a rush, here’s a quick summary of my picks for the best DreamHost alternatives:

*The prices marked with an asterisk are promotional prices that apply to your first billing cycle (one year to three years) — the regular prices are higher. More on this below.

What’s Your Reason for Considering a DreamHost Alternative?

The reason that you’re looking for a DreamHost alternative will affect which option on this list is best for you, so I think it’s helpful to start with a quick look at some of the biggest issues with DreamHost.

Now that you have those reasons to focus your search, here are the best alternatives to DreamHost (in no particular order). 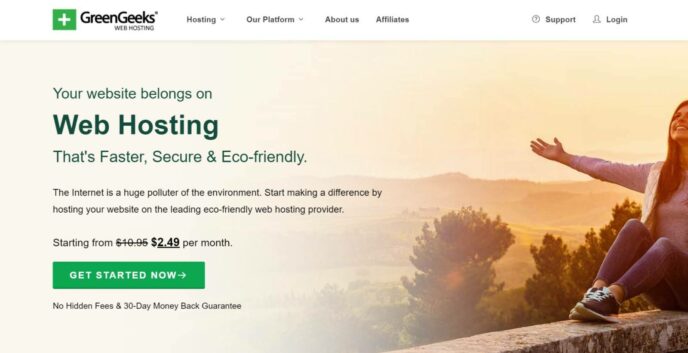 As the name suggests, GreenGeeks are a WordPress web host with a focus on green energy — a 3X green energy match to be exact.

But GreenGeeks are more than just a green web host, they also offer one of the faster-performing hosting options in the shared hosting space. For the money, GreenGeeks offer surprisingly good performance, thanks in part to the use of LiteSpeed Web Server and LiteSpeed Cache on all plans.

Beyond performance, GreenGeeks also offer all the features that you’d expect from a quality shared WordPress hosting provider:

Advantages of GreenGeeks vs DreamHost

Disadvantages of GreenGeeks vs DreamHost

SiteGround are a popular shared web host that are a little bit pricier than DreamHost. They back up their higher prices with top-notch performance and a much more useful custom hosting dashboard.

SiteGround have raised their prices recently so they aren’t quite the no-brainer option that they used to be, but they’re still a solid host for WordPress sites (or anything else).

Here’s what you get with SiteGround:

SiteGround’s plans start at just $4.99 per month for one website or $7.99 for unlimited sites. However, those are the promo prices and only apply for the first year. After that, you’ll pay $14.99 and $24.99, respectively, though you can get discounts if you opt for longer-term plans.

You can learn more in our full SiteGround review or our SiteGround vs DreamHost comparison.

Advantages of SiteGround vs DreamHost

Disadvantages of SiteGround vs DreamHost 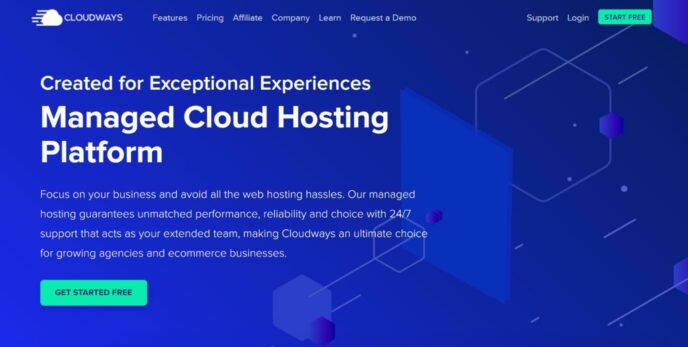 Cloudways are a unique DreamHost alternative in that they don’t offer their own hosting infrastructure. Instead, they let you choose cloud hosting from five options — DigitalOcean, Linode, Vultr, AWS and Google Cloud.

Once you choose your hosting, Cloudways handle configuring, managing, and maintaining it for you so that the experience basically feels like any “regular” hosting provider. You get the following features:

You can use Cloudways as an alternative for both DreamHost’s shared hosting plans and DreamPress. Prices will depend on your server resources and which cloud provider you choose.

The cheapest option is DigitalOcean’s entry-level server, which costs $10 per month. However, I’d recommend going with the $13 per month Vultr High Frequency option for the best performance.

Advantages of Cloudways vs DreamHost

Disadvantages of Cloudways vs DreamHost

Still, for being a really cheap option, the service offers pretty good value. You shouldn’t expect blazing-fast speeds, but if you just need a cheap place for a low-traffic site, EasyWP can get the job done for an even lower price than DreamHost.

Here’s what you get:

You can test it out with a 30-day free trial.

Advantages of EasyWP  vs DreamHost

Disadvantages of EasyWP  vs DreamHost

InterServer don’t have a flashy website or marketing, but they do offer a solid hosting product and support.

For WordPress, you can go two different ways with InterServer:

Learn the difference between shared vs VPS hosting.

I’m going to focus mainly on the standard web hosting as it’s a good cheaper alternative to DreamHost, but remember that the WordPress VPS is still an option if you want a little more performance.

With InterServer’s standard web hosting, you get the following:

InterServer’s standard web hosting plan costs $2.50 per month with promo pricing (you can lock in the price for up to one year). After that, the regular price is still just $7 per month even with month-to-month billing, which is cheaper than DreamHost’s unlimited plan.

One nice thing about InterServer is that they offer a price lock guarantee. So once you sign up, the $7 regular price will never increase for the life of your plan.

Advantages of InterServer vs DreamHost

Disadvantages of InterServer vs DreamHost 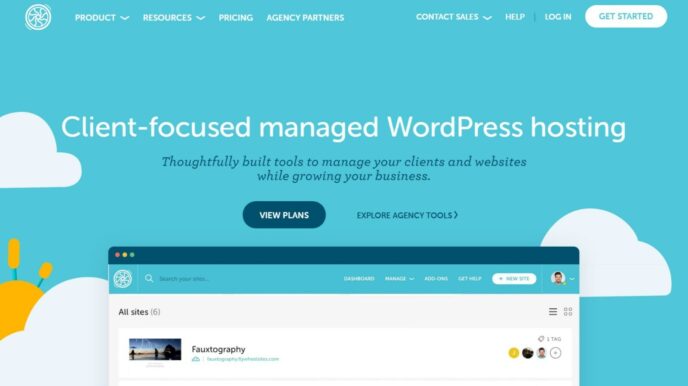 Flywheel are a popular managed WordPress host that can be a great alternative for DreamHost’s DreamPress plans. Or, if you have a single low-traffic site, Flywheel actually aren’t that much more expensive than DreamHost’s shared plans.

Overall, Flywheel offer excellent performance, support, and features, which is exactly what you want from a managed WordPress host.

Here’s what you get with Flywheel:

Flywheel’s plans start at $15 per month for the following:

You can read our full Flywheel review to learn more. Or, we also have a post comparing Flywheel vs DreamHost vs Bluehost vs SiteGround.

If you’re interested in Flywheel, another solid host to consider is WP Engine. I didn’t include WP Engine because WP Engine actually own Flywheel (so it’s a bit redundant to include both), but they do still have slightly different product offerings so WP Engine are certainly worth a look as well. Check out our WP Engine review to learn more.

Advantages of Flywheel vs DreamHost

Disadvantages of Flywheel vs DreamHost 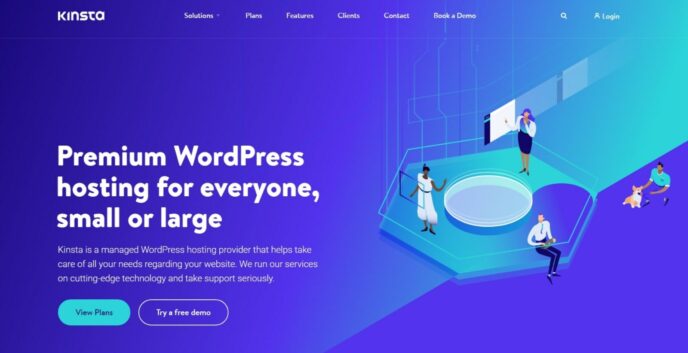 So if you’re willing to pay a bit of a premium over DreamHost, Kinsta, like Flywheel, are one of your top options. Here’s what they offer:

Kinsta’s plans start at $30 per month for the following:

You can learn more in our full Kinsta review.

Advantages of Kinsta vs DreamHost

Disadvantages of Kinsta vs DreamHost

Which Is the Best DreamHost Alternative for You?

The best alternative obviously depends on why you’re moving away from DreamHost. Here are some recommendations for different scenarios…

First, let’s talk about cheaper alternatives to DreamHost. These are hard to find because DreamHost are already pretty dang cheap, but I did share two options that are worth a look:

Again, I don’t think you should expect an upgrade in the performance department with either, but they’re solid options if you’re mainly looking to save money.

On the other hand, if you do want better performance while still staying in the same ballpark as DreamHost’s pricing, then I would suggest these three hosts:

Finally, if you were using DreamHost’s DreamPress service and you’re looking to upgrade to a better managed WordPress host, then I would recommend Flywheel or Kinsta (or also WP Engine).

Used/using any of these hosts? Thoughts?

Colin Newcomer is a freelance writer and long-time Internet marketer. He specializes in digital marketing and WordPress. He lives a life of danger, riding a scooter through the chaos of Hanoi.