In June, netmix® CEO Tony Zeoli began touting the release of the company’s Radio Station PRO plugin. It would offer an upgraded experience over the free version his team had maintained since 2019. At the end of last month, the company officially launched its commercial offering, a plan that had been in the works since the beginning.

The commercial plugin was built for live audio broadcasters with a rolling show schedule. Its audience ranges from radio stations to live streamers to Clubhouse moderators. It allows listeners to browse generated show and team pages, playlists, and related information uninterrupted during a live stream. The goal is to create a more efficient scheduling and streaming system, saving broadcasters time and resources.

Nikki Blight created the original Radio Station plugin but had stopped working on it in 2015. Zeoli adopted it in 2019 and picked up Tony Hayes to handle its development.

“When I first stumbled onto Radio Station at WPVM, I saw the potential for broadcasters wrapped up in one free plugin that had been orphaned,” said Zeoli. “It just needed someone who could re-commit to it and bring it back to life. And it would surely help if they had an interest in streaming radio and broadcasting, which the other Tony and I both do. I don’t think just anyone could have taken it over. It had to be someone with a passion and interest in the space.”

The two did not launch with a free product. However, Zeoli said he realized the potential for a commercial version quickly after taking over the plugin. 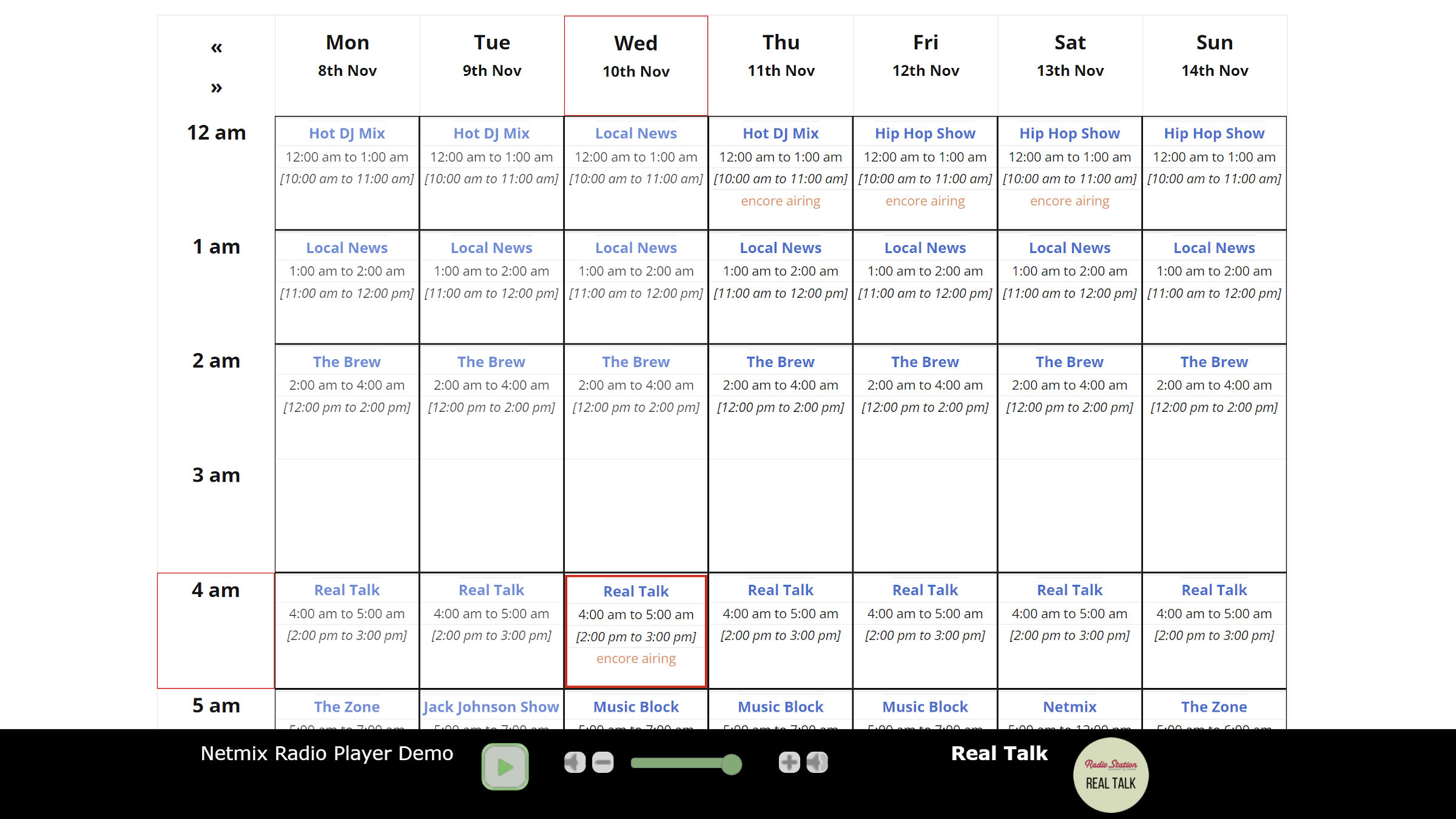 The team had several features they had wanted to improve over the free version. The first order of business was improving the scheduling experience. For the free plugin, the team created a conflict catcher. However, they built a front-end visual schedule editor for the commercial version.

“Another issue we needed to resolve was the audio player experience,” said Zeoli. “Radio Station free has a simple audio player widget that we created earlier this year. What really sets the PRO version apart here is the addition of a persistent (or ‘sticky’) header or footer player, so when the listener navigates the website while the stream is activated, playback is not interrupted.”

Hayes created a second plugin called Teleporter to handle the persistent player. The free, WordPress.org-hosted extension is baked into Radio Station PRO, but it is open for other developers in their applications.

The team also tried to tackle time zone issues in the global broadcasting world. PRO adds a switcher to help visitors set the schedule to their preferred time zone instead of performing “brain gymnastics,” as Zeoli joked.

The plugin’s widgets automatically refresh and dynamically display data, such as the next song in a playlist or a show title change. The hope is to bring this technology to the block world, but it must wait until next year. Zeoli said there is not a rush because most of their users are not there yet.

The team has added a new episodes post type alongside the plugin’s original shows and playlists. Eventually, they plan to allow broadcasters to further break that down into segments. Radio Station PRO tacks on host and producer profile pages. It also has a built-in role manager, extended scheduling period, and additional layout views.

Some of the toughest competition in the space is against the commercial theme market. There are several live-broadcasting themes, but Zeoli says these can be both cost-prohibitive in the long term and lock users into a design that users may not want in the future.

“With so much data going into the Post Types, you really don’t want to leave that in a theme if you want to switch for some reason,” he said. “Unlike SEO plugins, there are no conversion plugins for radio station themes or plugins, so it could pose a problem by being locked into a theme as opposed to having the flexibility of a theme-agnostic plugin.”

From Boston to Asheville: A Lifetime of Radio

“I’m originally from Boston, where my interest in radio evolved at an early age into a career as a nightclub and mix show DJ,” said Zeoli. “I listened to the radio all the time; news, talk, sports, and music, I was into it all. As I got older, I tuned in to college radio, and, as a senior in high school, I got the chance to intern at a local AM station and did guest mix sets on the largest commercial station, KISS 108.”

He completed a two-year degree in Radio and Television broadcasting at a small school outside New York City. Then, returned home to Boston with a focus on DJing while working at record stores. He later moved on to work at a record label and DJ remix service.

“It was the early days of the World Wide Web,” said Zeoli. “And I saw the opportunity to marry my passion for DJing with streaming media and launched my first startup, netmix.com, which was the earliest effort to stream DJ sets from popular electronic music and hip-hop DJs.”

He moved netmix® to New York City, and the company was acquired by Polyverse, Inc in 2000. The company ceased operations during the dot-com crash, but Zeoli retained the domain name for 19 years.

After bouncing between various corporations and startups, he dove deeper into WordPress. He had stumbled upon it while working on a project for the Associated Press in 2003.

“That led to launching Digital Strategy Works, a WordPress and digital strategy agency (which I still run today), founding the WordPress Westchester Meetup, and presenting at early WordCamps in NYC and Raleigh, NC.”

A chance encounter in Raleigh landed him a WordPress-specific job at the University of North Carolina at Chapel Hill. Some work at a large corporation followed, and he finally migrated to Asheville, NC.

In the spring of 2019, he had been helping with the WPVM website, which was using the original Radio Station plugin. He contacted Blight, the owner, after finding a theme conflict. He soon adopted the project, found a partner in Hayes, and had a new use for his decades-old domain.

“I just thought it was a very useful plugin and could see the groundbreaking potential for radio stations that really needed a comprehensive set of WordPress tools to help them publish search engine optimized content on their WordPress websites, but in a way that fit the station schedule formatting,” said Zeoli. “I figured, given my decades-long interest in and experience with streaming and broadcasting when combined with my agile product development experience, I could find a way to keep it going.”