Jetpack announced today that it is splitting out six of its most popular features into individual plugins. Automattic reports that the company received feedback from developers and site owners asking for the ability to use specific components of Jetpack as part of their own “tech stack” of plugins.

The six features that are now available as individual plugins include the following:

Three of those plugins were already available as separate plugins (Backup, CRM, and Boost). The Protect, Boost, and Social plugins are free to use. Backup, CRM, and Search require a paid plan in order to work. Jetpack representatives confirmed those three plugins fall under the WordPress.org guidelines for SaaS connection plugins. 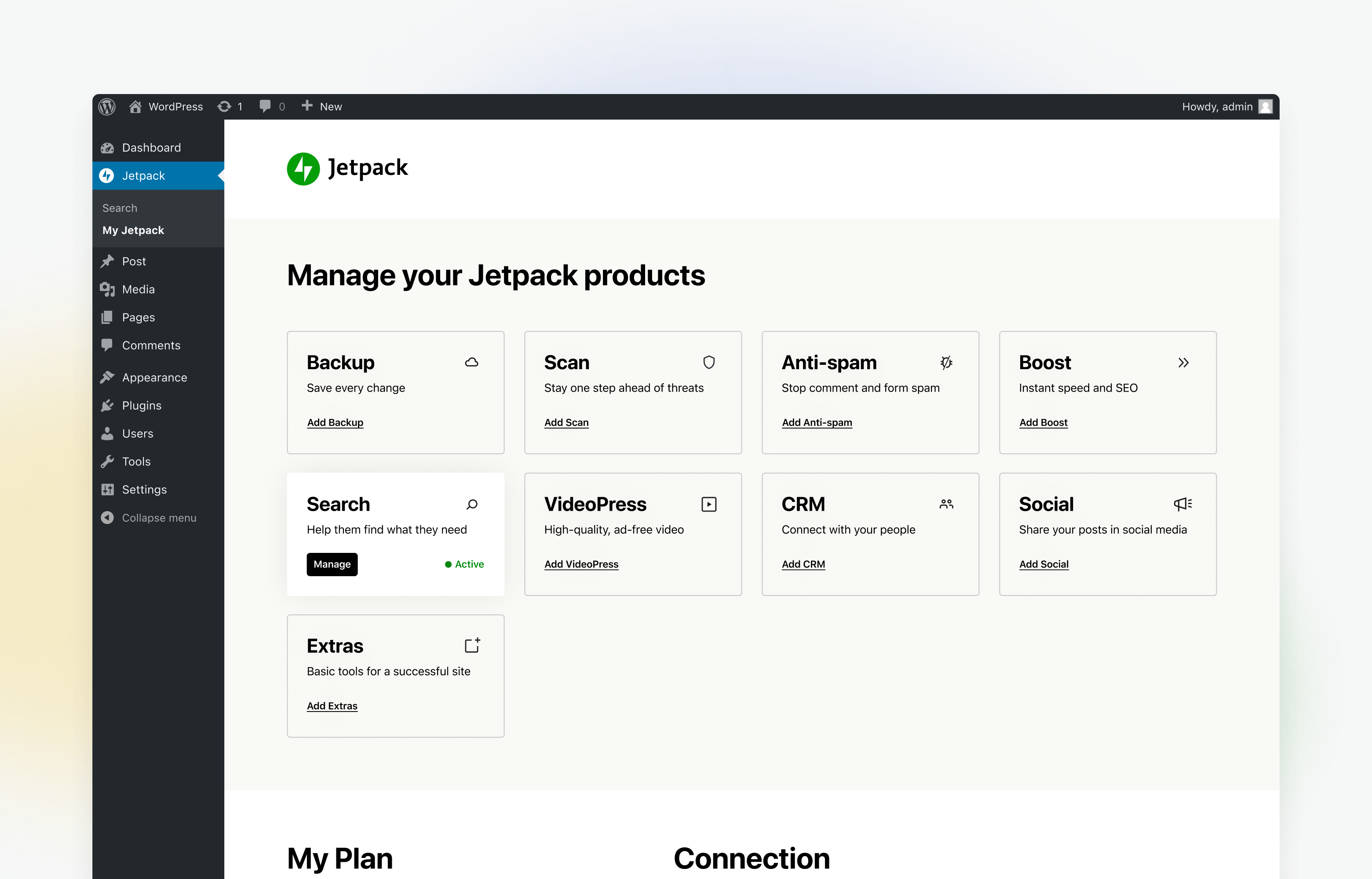 For years developers have criticized Jetpack for being “bloated,” bundling too many features. In 2019, Jetpack acknowledged that the plugin had a discovery problem, where users who were not fully familiar with the plugin’s dozens of modules ended up installing plugins to perform functionality that Jetpack already includes. Automattic attempted to solve this by promoting paid upgrades as feature suggestions on the plugin search screen, a controversial move that violated the plugin directory’s guidelines and was promptly reversed.

The idea behind splitting out more features into individual plugins is that Jetpack users will be able to install only what they need instead of assuming the overhead for the all-in-one plugin. This is also a strategic change for Jetpack as it attempts to market its bulk licensing options for agencies. A more modular Jetpack will be more appealing to developers and Automattic plans to split out more features into individual plugins in the future.

“Over time, the products that exist as individual plugins may be extracted from the original one, but no matter which plugin you start with, the experience of adding features will be seamless,” Automattic growth marketer Simon Keating said.

The five million Jetpack users who are using the all-in-one-plugin will not experience any changes as the result of today’s news. As more features become individual plugins, users will still be able to install what they want from a single interface.
Category: News, Plugins