How to Use the WordPress Kickstarter Embed Block

How to Use the WordPress Kickstarter Embed Block

You’ve probably heard about Kickstarter. It’s perhaps the best-known fundraising platform on the web. If you’re planning on launching a campaign, you need to publicize it. That means sharing it on social media, telling friends about it, and publishing the information on your website. Thanks to the Kickstarter embed block, you can showcase your campaign’s introductory video in WordPress.
In this article, we’ll show you how to use and configure the Kickstarter block. We’ll also discuss tips and tricks to help you get the most out of it.
Let’s get to it!
How to Add the Kickstarter Embed Block to Your Post or Page
The first thing you’ll need is a public Kickstarter campaign. If you’re still fine-tuning the details of your campaign, go ahead and wrap it up before thinking about embedding it in WordPress. Also, it’s important to note that the Kickstarter embed block will only show your campaign’s introductory video and not any of its details.
To use the block, you’ll need your campaign’s URL. Copy it, then go to WordPress and open the Block Editor for the page or post where you want to share the information. Add a new block wherever you want and select the Kickstarter option:

Once you place the block on your page, it’ll prompt you to add the URL of a Kickstarter campaign. Paste your campaign’s link in that field and click on Embed:

Once you enter your URL, the block will transform to display the campaign’s introductory video: 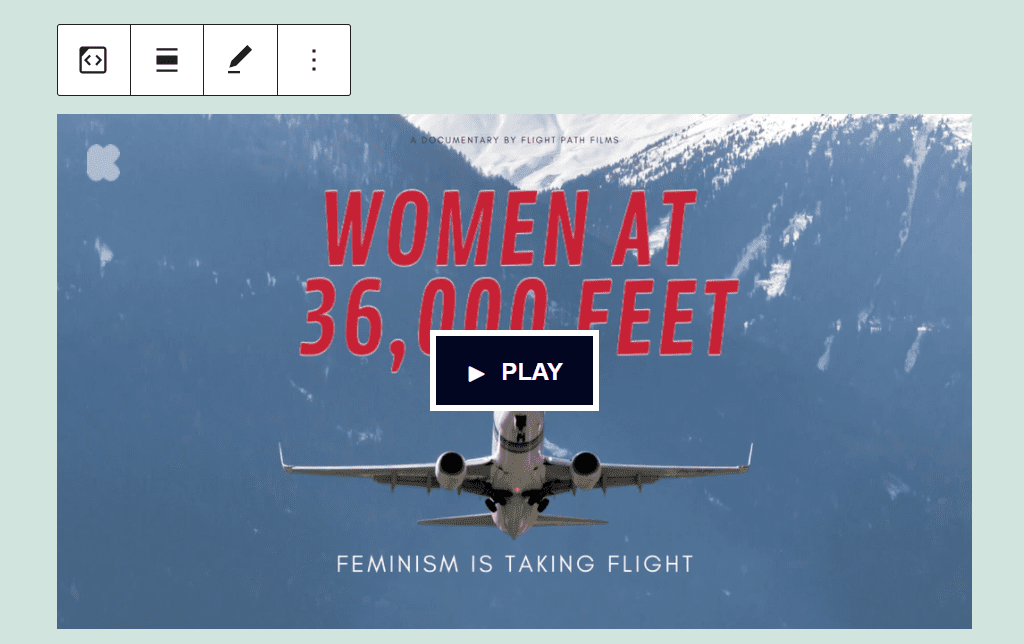 Users will be able to play the video like any other media file on your site. However, the element will use the embedded Kickstarter video player instead of WordPress’ built-in solution.
Alternatively, you can simply paste the URL of any Kickstarter campaign in a Paragraph block. If the link is valid, WordPress will automatically render the video and you can skip adding the Kickstarter block manually.
Kickstarter Embed Block Settings and Options
The Kickstarter embed block gives you access to a few settings that you can configure. First off, if you hover your mouse over the block within the editor, you’ll see a formatting menu appear over it. It includes the following settings:

Here’s a quick view of the menu, highlighting each of those settings: 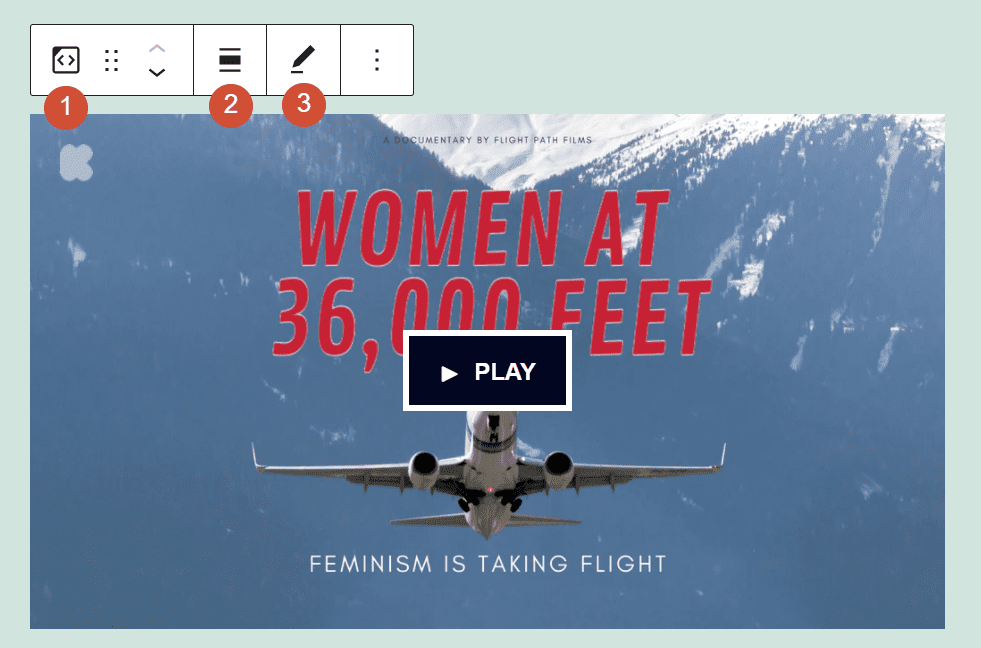 There are also a few additional settings for this block, which you can access by clicking on the gear icon in the top-right corner of the screen. Select the block and click on that icon. This will open the following settings menu: 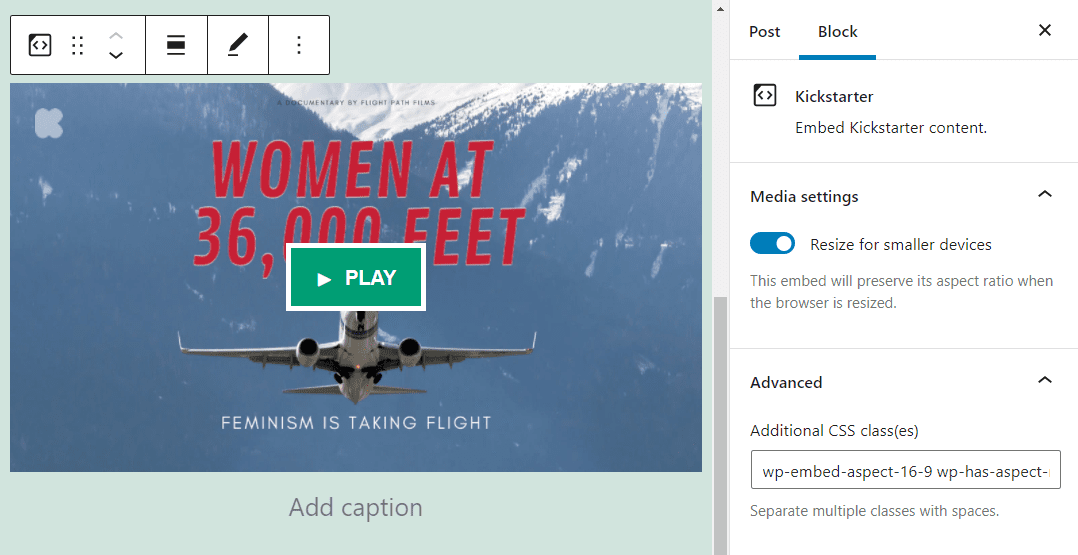 This menu includes a setting that reads Resize for smaller devices. That option is turned on by default, and we recommend that you keep it that way so that Kickstarter videos will look good on smaller screens as well.
There’s also an Advanced settings tab that includes an option to add CSS classes to the Kickstarter block. The block uses a custom class by default which resizes the Kickstarter video player for your website. However, you’re free to add as many new CSS classes as you want.
Tips and Best Practices for Using the Kickstarter Embed Block Effectively
Most WordPress embed blocks are very straightforward. Since you’re embedding third-party elements into your website, there’s often very little customization you can do.
The Kickstarter embed block is no exception. The only thing to keep in mind when using this block is that it just embeds your Kickstarter video. You’ll still need to manually add details about your campaign if you want users to contribute. Otherwise, they’ll just see a video: 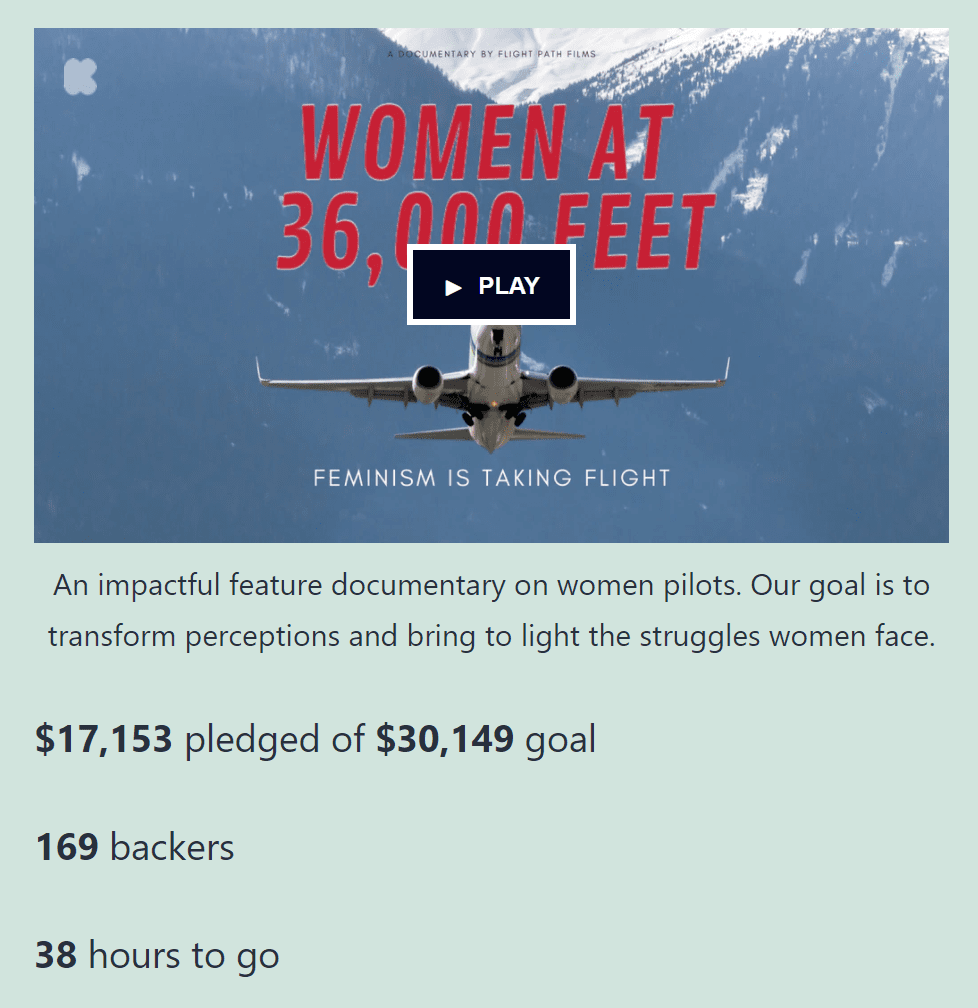 By Will Morris|2021-10-10T13:00:14+00:00October 10th, 2021|block editor, Blog, Business, gutenberg blocks, kickstarter embed, News, Resources, WordPress|Comments Off on How to Use the WordPress Kickstarter Embed Block

About the Author: Will Morris