This article was originally published on this site
Rick Viscomi, one of the maintainers of the HTTP Archive, tweeted some interesting data from a report he is working on that tracks churn for different JavaScript frameworks and CMS’s over a specified period of time. He detected the changes using the open source Wappalyzer project. The first graph he shared shows shows data from 8 million websites, 12 months apart for any that changed tech stacks, visualizing the movement to/from frameworks. A large chunk of the 32K+ sites that migrated to React came from Handlebars.js, Mustache, and Ember.js.

👀 Working on a new thing with @HTTPArchive data.Checking 8M websites 12 months apart for any that switched tech stacks and visualizing where they’re going to/from.React ate every other JS framework’s lunch on over 32k sites. Mostly from Handlebars.(thread) pic.twitter.com/iuKpzGcFs9— Rick Viscomi (@rick_viscomi) January 28, 2022

As the market leader, WordPress was also the recipient of quite a bit of churn from other CMS’s, primarily Drupal and Joomla, followed by Wix, Squarespace, and TYPO3. Viscomi found that WordPress picked off 9K sites from competitors but also lost ground to other CMS’s. “It’s leaking quite a bit to other CMSs too, but not as much as it’s taking in,” he said. Where are sites migrating to away from WordPress? They are primarily going to Drupal, Wix, and Squarespace, followed by a wide array of smaller, less popular, but growing, website builders like Duda and Tilda. Viscomi found that WordPress is involved in 79% of these migrations, either being replaced or replacing another CMS. Tracking e-commerce platform churn, Viscomi said, “WooCommerce is more or less breaking even in the trades, but Shopify is gaining a lot of ground, especially from WooCommerce.” The e-commerce space is much more competitive with Shopify right on heels of WooCommerce. 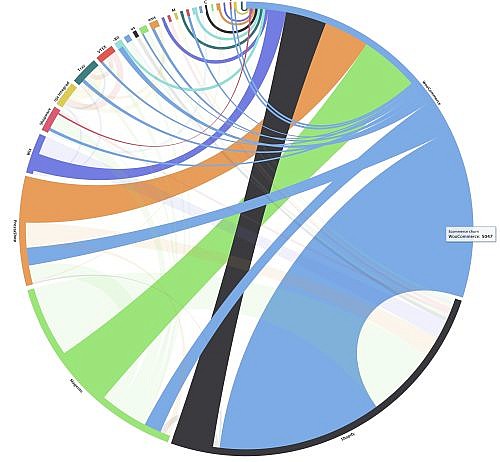 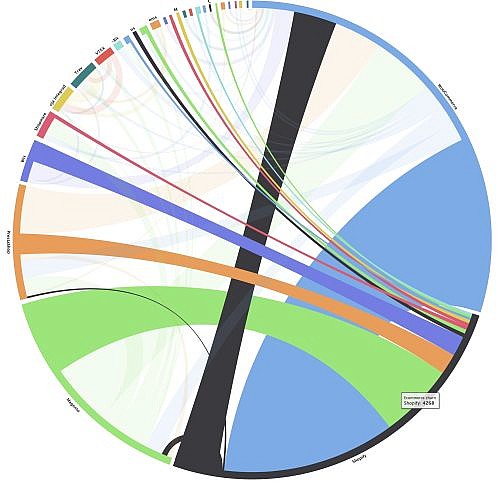 E-commerce churn data from Rick Viscomi It would be interesting to get an overview of the most popular sites that moved to a new platform and dig in deeper on why their engineering teams decided to make the move. Viscomi said his data ignores any technologies that were not detectable in January 2021, as well as any site that removed a technology without a replacement from the same category. He plans to share all of the queries with an interactive version of the charts in an upcoming post on the HTTP Archive. Category: E-Commerce, News