Chrome 90 to Use HTTPS by Default in the Address Bar

Chrome 90 to Use HTTPS by Default in the Address Bar

Chrome’s upcoming version 90 will use https:// by default in the address bar, bringing a significant improvement to security and loading speed. HTTPS adoption has shot up significantly over the past six years after Google announced in 2014 that HTTPS would be used as a ranking signal in search results. 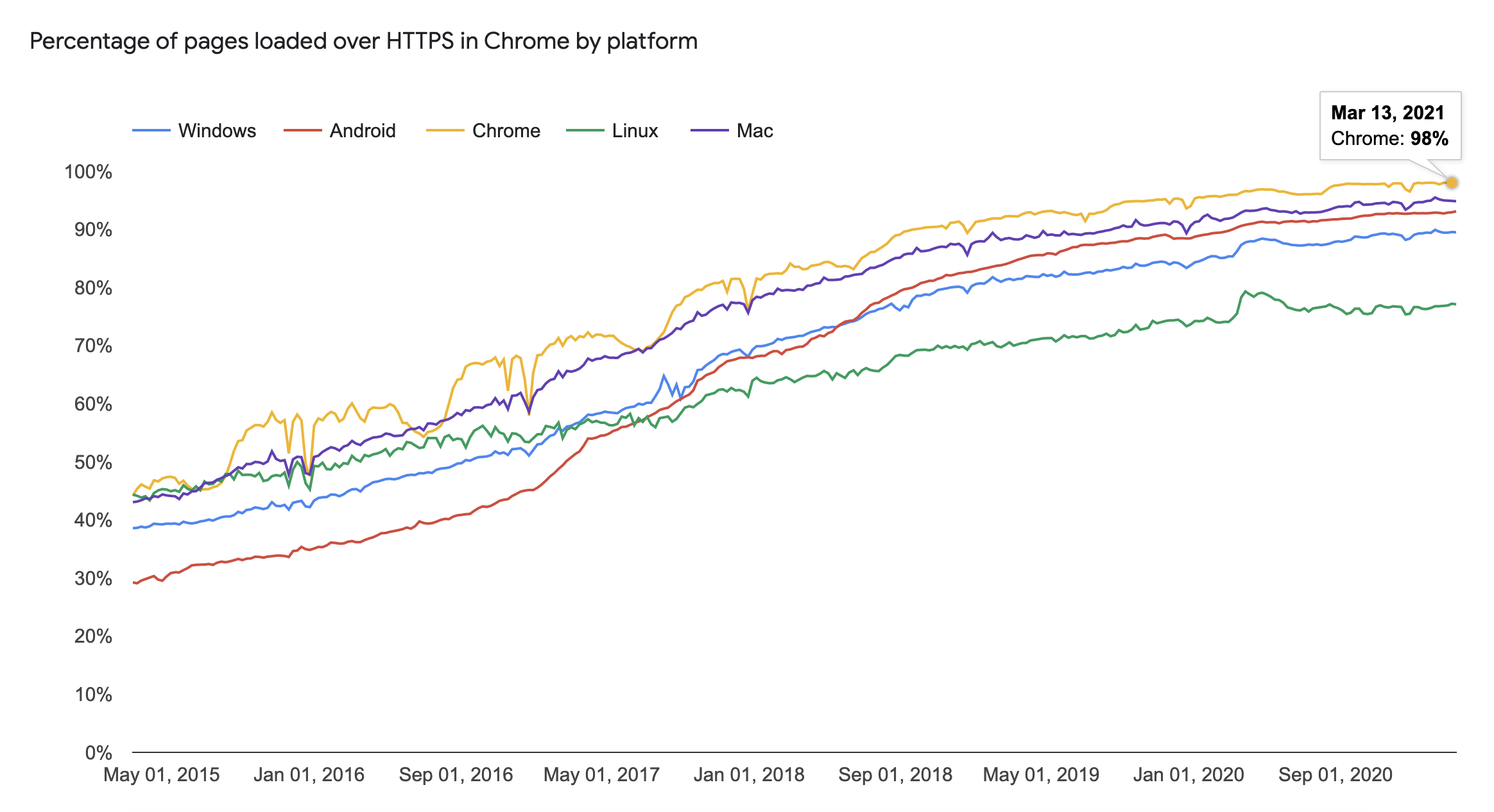 Firefox Telemetry charts HTTPS adoption at more than 84% of web pages for all users and 92% for traffic originating in the USA. 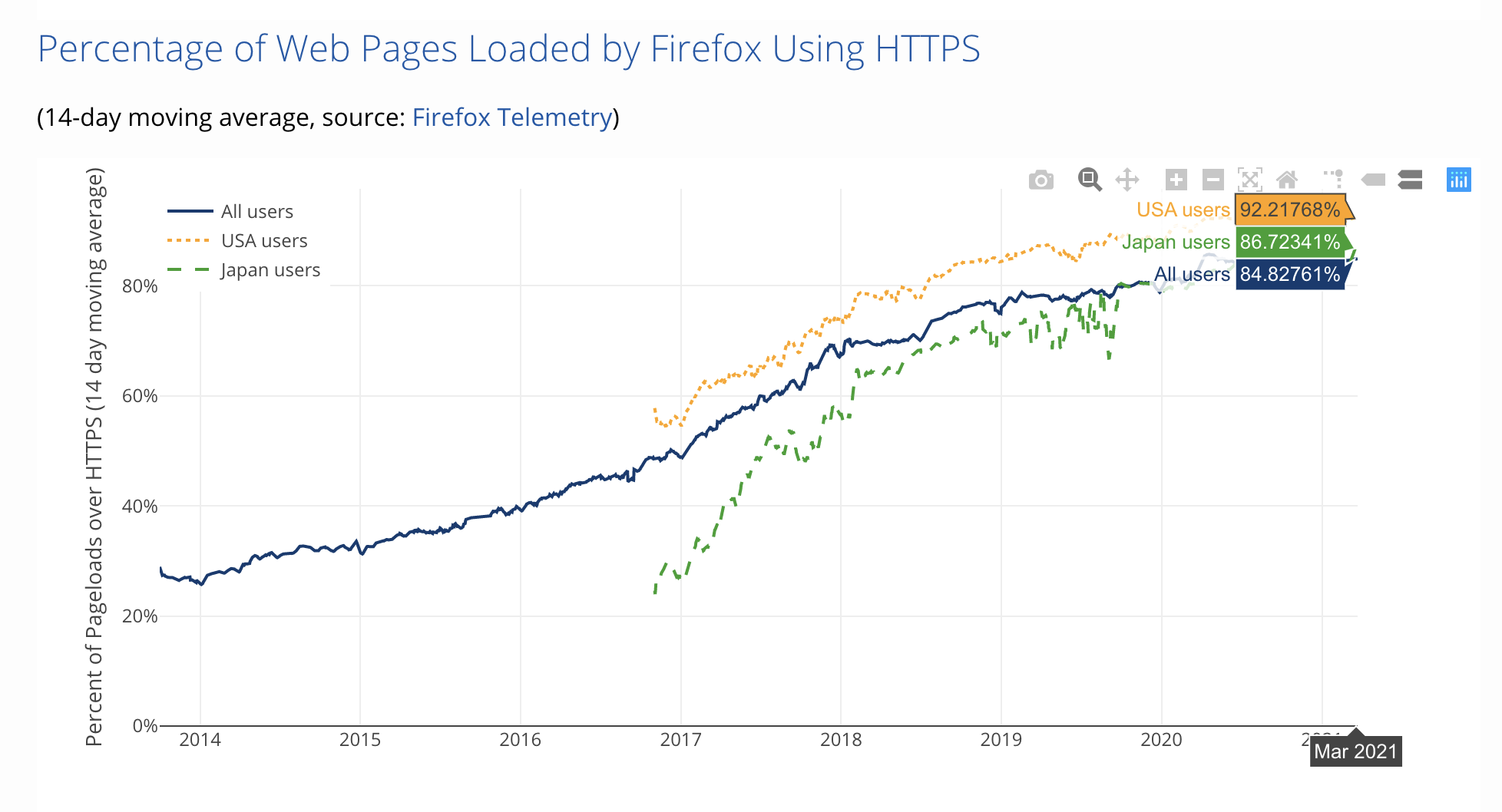 Currently, anytime a user puts a site into the address bar without specifying the protocol, such as “example.com,” Chrome uses HTTP by default and then has to retry for HTTPS.

The update in Chrome 90 is good news for Chrome users, because it improves the loading speed for sites that support HTTPS by cutting out the redirection loop after the initial load. A gif on the Chromium blog illustrates this in a nice way:

Those who are using Chrome Canary can access experiments to try it out ahead of the version 90 release. Navigate to the following URL to mark the experimental feature as enabled:

WordPress site owners will want to make sure their sites are using HTTPS in order to take advantage of the speed boost this change introduces. Fortunately, for those who haven’t migrated over yet, the latest 5.7 release makes it easy to update with the click of a button. WordPress can detect if the site’s hosting environment supports HTTPS and then offers a one-click update process via the Site Health screen. It even handles mixed content rewrites where possible, so site owners will not have to worry about having a bunch of broken links after migrating.

Chrome 90 went into beta in mid-March. The stable release is scheduled for 20 days following beta on April 13, 2021.